The science of fake news

The indictment of 13 Russians in the operation of a "troll farm" that spread false information related to the 2016 U.S. presidential election has renewed the spotlight on the power of "fake news" to influence public opinion. Filippo Menczer joined prominent legal scholars, social scientists and researchers in a global "call to action" in the fight against it. He is a co-author of a paper featured on the March 8, 2018 cover of the journal Science, calling for a coordinated investigation into the social, psychological and technological forces behind fake news. This is necessary to counteract the negative impact of fake news on society, the authors said. The work was quoted in US News & World Report, PBS NewsHour, Mother Jones, Science News, Futurity, Euronews, Indianapolis Star, El Mundo, The Hindu and many other media. 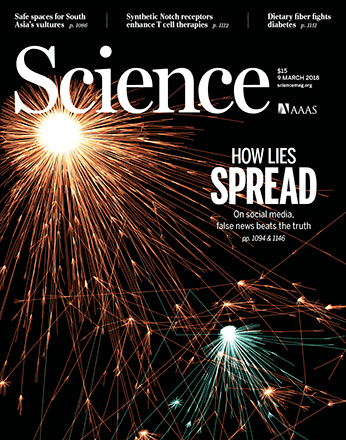