Our 2011 paper Political Polarization on Twitter was recognized at the 2021 AAAI International Conference on Web and Social Media (ICWSM) with the Test of Time Award. First author Mike Conover, who was then a PhD student and is now Director of Machine Learning Engineering at Workday, accepted the award at a ceremony at the end of the ICWSM conference. Other authors are Jacob Ratkiewicz (now a Tech Lead at Google), Bruno Gonçalves (now VP at JPMorgan Chase), Matt Francisco (now Lecturer at IU Luddy School), Alessandro Flammini (Professor of Informatics at IU Luddy), and Filippo Menczer (Distinguished Professor and Director of the Observatory on Social Media at IU).

The paper investigated the community structure of political retweet and mention networks on Twitter in the period leading up to the 2010 U.S. congressional midterm elections. It produced the first evidence of strong structural echo chambers in which conservatives mainly retweeted other conservatives and liberals mainly retweeted other liberals. This finding has since been confirmed by many other studies and online polarization not only is still strong today, but is also associated with vulnerability to misinformation among partisans on both sides of the political spectrum.

The paper has had a significant impact on the field of computational social science, the discipline that studies social phenomena by analyzing big data from social media. It has been cited almost 1700 times to date, and its citations are still growing year after year, as the role of social media in exacerbating online and offline polarization receives more and more attention from the scholarly community. During the virtual award ceremony, Tim Althoff (University of Washington) remarked that the paper is "relevant still today" and "wonderful." Brooke Foucault Welles (Northeastern University) called it "one of my favorite papers ever!" Markus Reiter-Haas (Graz University of Technology) wrote "one of the first papers I read when starting my Ph.D." And Ceren Budak (University of Michigan) referred to the paper as a "great foundational work highly deserving of this award!" 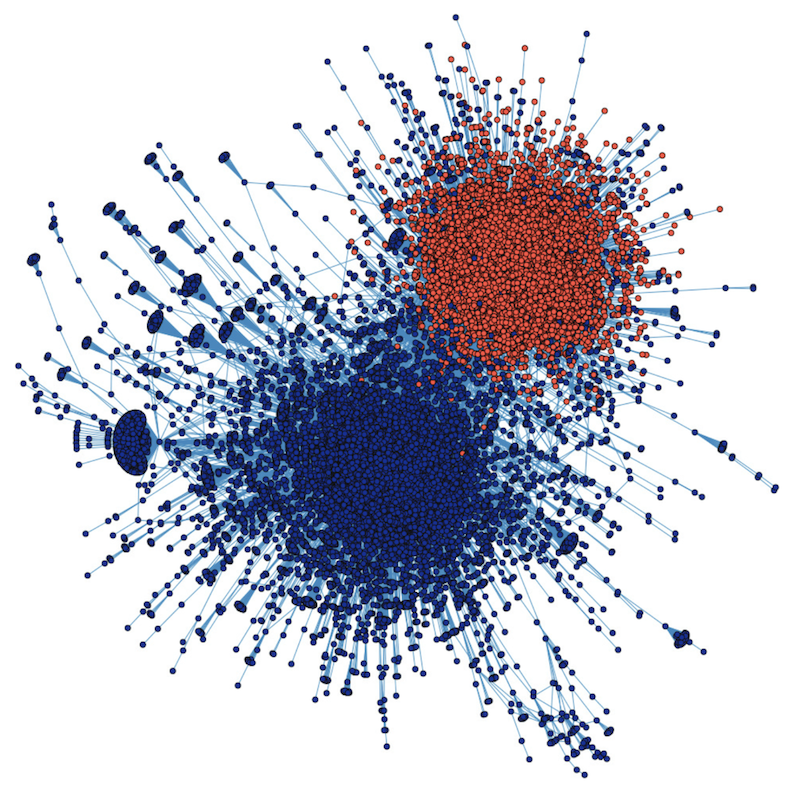