Suspicious Twitter Activity around the Russian Invasion of Ukraine

On February 24, 2022, Russia began a full-scale military invasion of Ukraine. The global scale of national interests related to the invasion means that public opinion in many countries is likely to play a significant role in the conflict. In turn, social media can play a key role in shaping public opinion in geopolitical events. Consequently, the potential to exploit social vulnerabilities through social media is of great concern. Detecting and monitoring these kinds of abuse is part of our mission at the Observatory on Social Media.

In collaboration with the Polytechnic University of Milan, we compiled a list of almost 40 English, German, Russian, and Ukrainian keywords relevant to the invasion and used them to collect over 60 million tweets posted since February 1. In our white paper Suspicious Twitter Activity around the Russian Invasion of Ukraine we present some preliminary evidence of suspicious activity obtained from analysis of this data. We report on a dramatic spike in the creation of new accounts around the date of the invasion, and on several networks of accounts sharing suspiciously similar content. 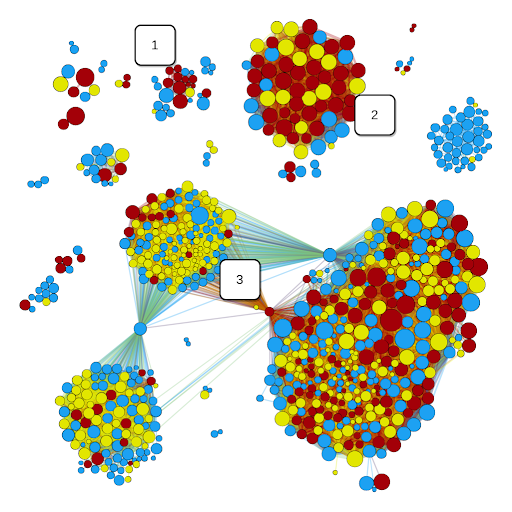