Analysis of Twitter accounts created around the invasion of Ukraine

Russia launched a full-scale military invasion of Ukraine on February 24, 2022. During the early weeks of the invasion it became clear that the war was also fought in the arena of public opinion, around the world. In our previous work we reported on a sharp increase in the number of new accounts created in the first days after the invasion, and on multiple groups of accounts sharing suspiciously similar messages. In this analysis, we focus on accounts created during the first week of the Russian invasion, when new account creation was at its peak. We are motivated by the hypothesis that newer accounts are more likely to be inauthentic. For instance, these new accounts could include automated and sock-puppet accounts put in place to coordinate campaigns and manipulate online conversations.

In collaboration with the Polytechnic University of Milan, we compiled a list of almost 40 English, German, Russian, and Ukrainian keywords relevant to the invasion and used them to collect over 218 million tweets posted since February 1. In our white paper Analysis of Twitter accounts created around the invasion of Ukraine we present some preliminary findings. We give an update on the dramatic spike in the creation of new accounts around the date of the invasion, and report on preliminary analysis of these data which do not demonstrate evidence of a substantial Russian incursion into the Twittersphere. 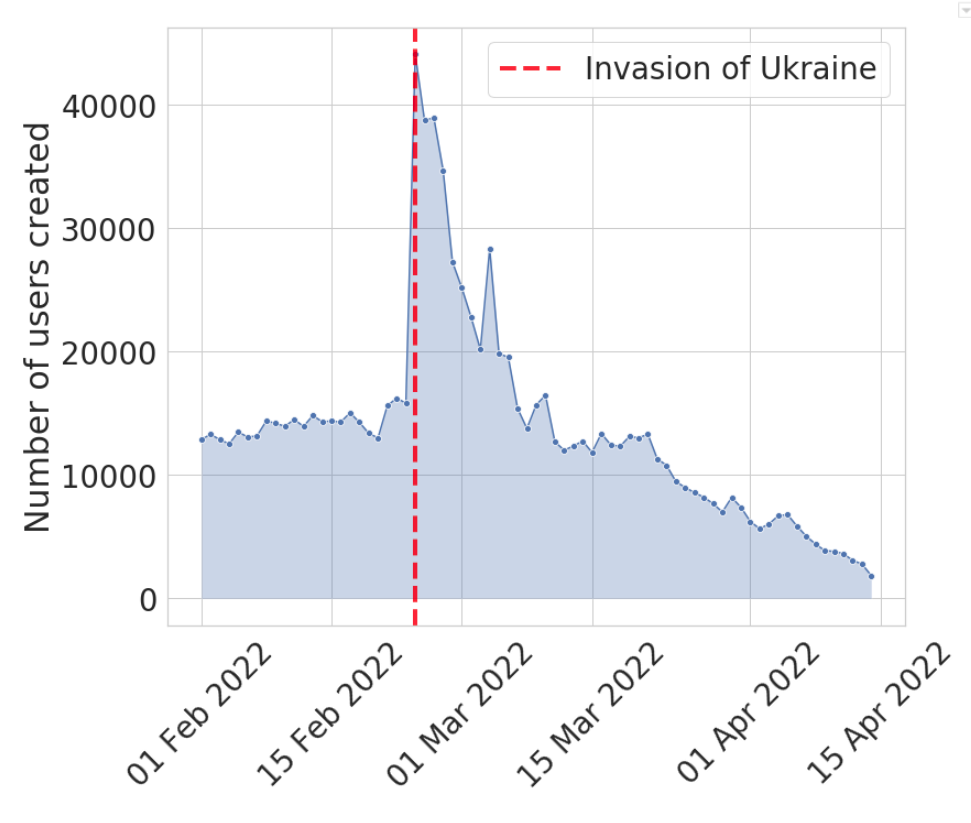